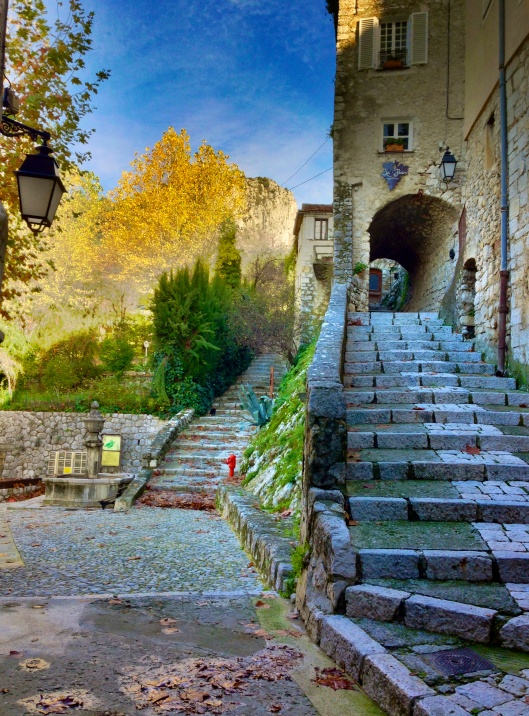 There’s something about paths that I find intriguing and appealing in a number of ways. Where do they lead to? Who has gone on this path before me? Where would it take me? So what is around that next bend in the path?

The end is usually not visible, just a portion of the journey is, and to see more you must take the path to discover what is around that next corner. And usually around the next curve of the path there is yet another one, and then another, yet again concealing what may lie ahead, beckoning and teasing one to journey onward. Twisting and turning the path draws me forward, my curiosity getting the best of me; what is around that next corner?

Aesthetically they are pleasing to the lens of a camera. They usually start wide, filling most of the foreground and then heading off into the horizon, into infinity or obscured again by a bend in the path. The results can often be dramatic and tremendously pleasing for the photographer. Enough so that I find myself endlessly searching for pathways when perhaps I should be enjoying more of the rest of the scenery surrounding me! 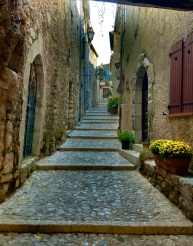 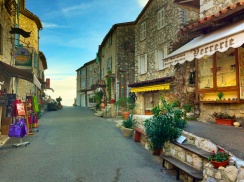 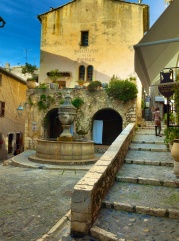 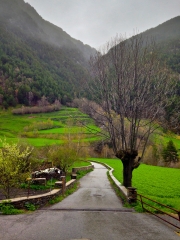 Along the Ligurian coastline of Italy, just east of Nice, there’s a wonderful oceanside bike route that has been created from a previously removed train track path. This old coastal railway track operated in the nineteenth century and linked the Riviera to northern Europe, from Genoa to Ventimiglia, but was abandoned in 2001 and moved further inland. It currently runs 24 km from San Remo to San Lorenzo however it is a work in progress and when finished it will provide 70 km of great biking riding. For those who enjoy casual bike rides on flat surfaces, it’s a great excursion for everyone in the family.

We began in San Remo and did the complete trip, which takes about an hour in each direction (depending if there’s a coastal wind blowing, however). You pass through a few tunnels, three towns and most of the path is right along the ocean providing great views. There are numerous cafe/bars to enjoy and one bike outfit in particular, NoloBici, offers bikes of all sizes and calibers and ten different locations along the 24 km track to choose from. You can start at one bike shop and give your bike back at another, which is practical. Prices are quite reasonable, starting at just three euros for an hour or ten euros for a half-day.

You can get to San Remo from Nice by taking the Ventimiglia train and then switching over to the Italian Ligurian coastal train in Ventimiglia. In the spring of 2013 it cost us under ten euros each to make the trip. The San Remo train station is situated a considerable distance inside the mountainside, like you are in a bunker. Once off the train, you need to walk quite some distance down a long hallway until you get outside. Once out, you walk straight out to the coast, which is only a few minutes away. We rented bikes from one of NoloBici’s outlets in front of the marina. All in all a great afternoon activity and highly recommended. 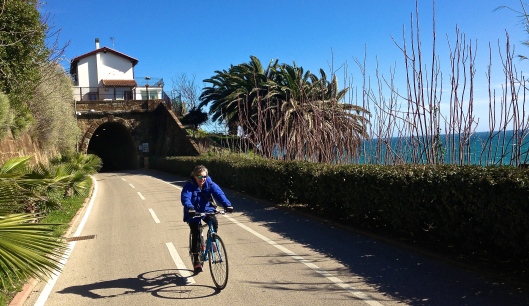