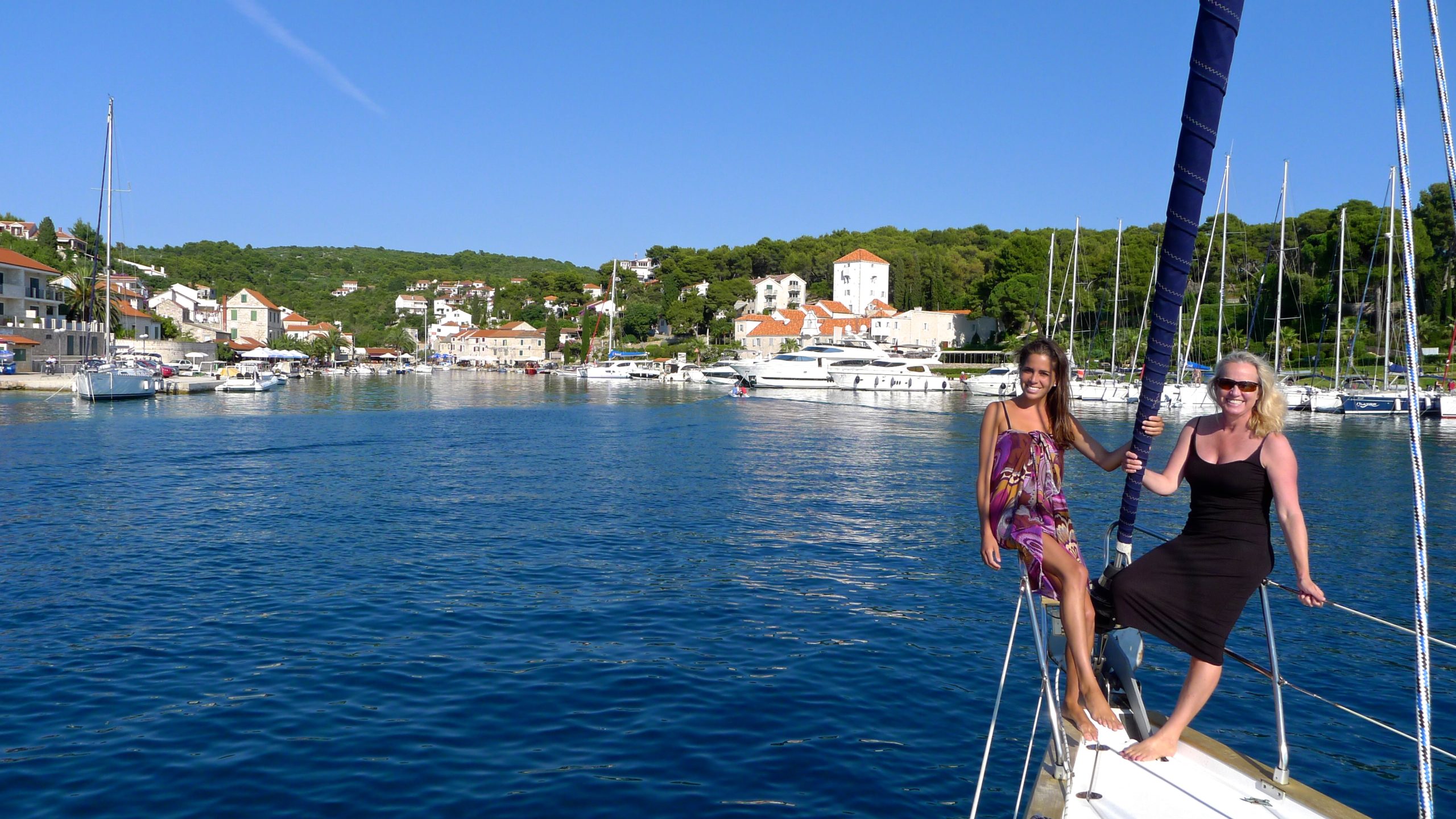 Having now sailed part of the coast of France, quite a bit of Italy, Croatia, some of Greece and Turkey, our favorite cruising ground remains the Dalmation Islands. Situated in the middle of the Med along its northern shore, Croatia has great weather, excellent facilities, and is wonderful for short or long trips. Nearly everyone seems to speak English and they are friendly, good-looking people. We certainly want to come back, still a lot to explore here, even after three trips. Sailing in Croatia is enjoyable as there are plenty of islands which provide numerous protected coves and bays because of their ink-spot shapes. As well, the shore drops off steeply so it is easy sail close and moor close to shore.

END_OF_DOCUMENT_TOKEN_TO_BE_REPLACED

We were in Dubrovnik in the early 2000s, as the departure point for a sailing trip through the Dalmatian islands near Dubrovnik. We spent a few days here, inside the walled city, before heading out to sea. Dubrovnik is a coastal walled fortress/town, with the ramparts still in place and you can walk them and get great views of the town and surrounding sea. The main promenade/street is the Stradum, lined with shops and restaurants.

Dubrovnik was seriously bombed during the Serbian/Bosnian war and it was just being restored when we were then. When you walked the Stradum, it all looked fine, but on the side streets you could look up and that a lot of work still had to be done and that the shelling had been heavy and serious. I understand that today nearly the whole town has now been restored.