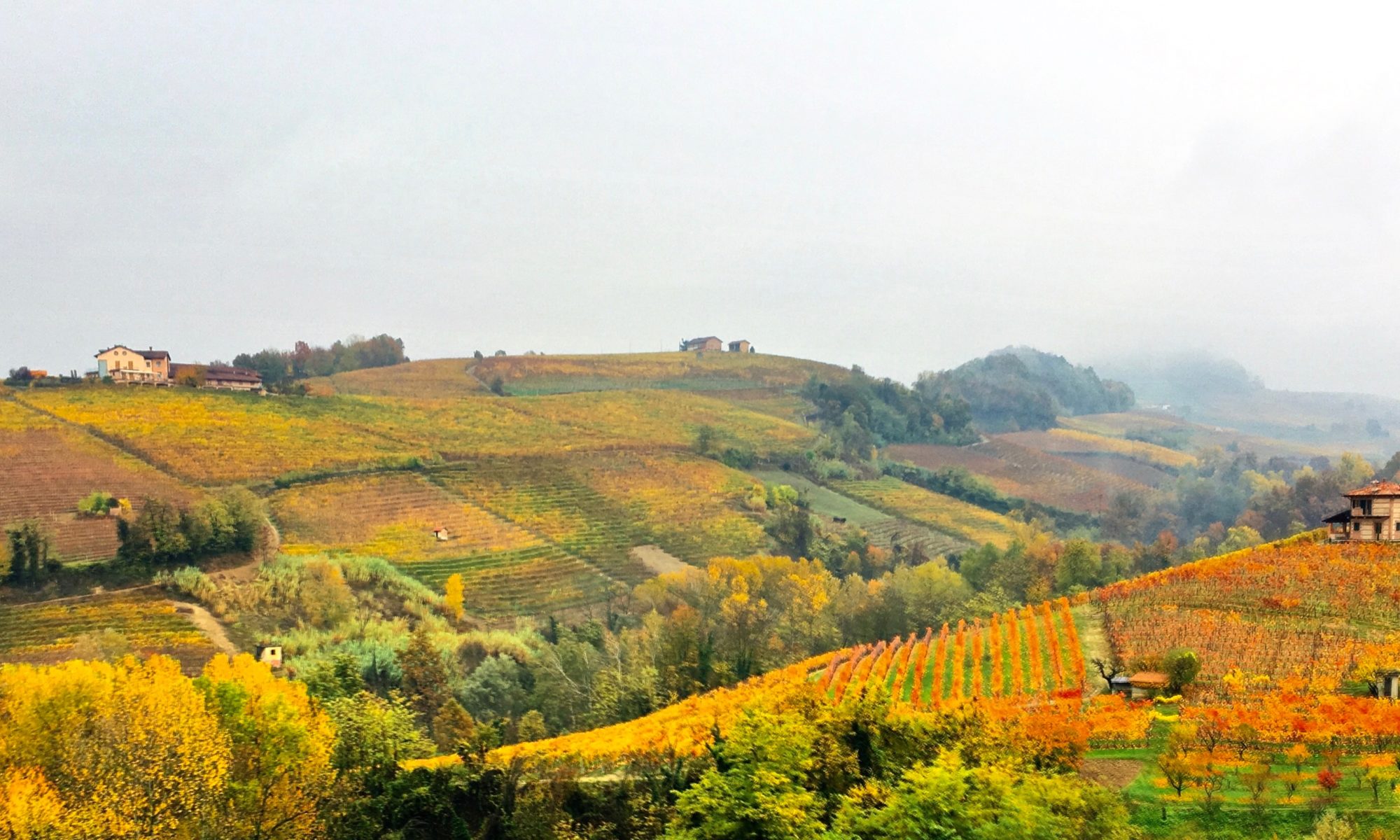 Someone once described Piemonte to me as being “Tuscany without the Tourists“. And, to a degree, that is true, they are similar in many ways and there are less tourists. But what people really enjoy about Tuscany – the rolling landscape, the meandering country roads, the wine, the food and the medieval villages – can be also be found in Piemonte, especially the region around Alba, and for a lot less money.

When the leaves are changing color turning the hillsides into an amazing palette of bright colors, the landscape is simply amazing. Toss that in with good food and wine, great accommodation, and then add to it that you can experience it all for price that is a lot less than Tuscany, and it’s easy to conclude there really isn’t a better place to be in the fall than Piemonte. At least, I can’t think of a better place to be.

We drove up from Nice, through Sospel and then passed by Saorge (an amazing hillside town), Tende, Cuneo and then into the Piemonte (mountain foothills) valley. The above photo was taken along the drive after just leaving Sospel, and where we began the climb over (and through) the mountain range that borders Italy. To the right is an image of our GPS, showing just how windy the road can be, and how many hairpin turns there are.

We went directly to Alba as that is where the White Truffle Festival was currently taking place. We’d attended a few years back and really enjoyed it so we decided at the last minute to do it again. The weather wasn’t as great as it was last time, but everything else was wonderful. It was lunch time so we had a great one at Ristorante Vigin Mudest, which is right beside one of the finest wine stores in Alba; Fracchia & Berchialla. After lunch we walked it off exploring the narrow streets of Alba, and then headed south to Vicoforte, where our hotel is located.

Driving around the countryside here is not that easy if you are in a hurry, but then you shouldn’t be. There is so much to see you really want to take your time. Although there is a freeway along the perimeter of the Langhe (as it is known) region, inside with the rolling hills and picturesque valleys there is nothing but windy roads that were (thankfully) built to go around the hills rather than through them. Yes, you’ll be stuck behind a tractor once in awhile, but that will allow you to enjoy the scenery that much more.

There are many country roads to take, but the one’s we’ve enjoyed most were SP12 from Braglia to Alba, as well any of the roads around La Morra, Barolo and Alba, all towns worth visiting. You’ll need the most time for Alba, as it is the largest community in the area.

We previously had stayed close to Alba, but this time chose the small boutique hotel Duchessa Margherita in the south of Langhe, in the village of Vicoforte, right next to a sanctuary which has the world’s largest elliptical cupola and is very much worth seeing. This historic house, built in the middle of the 19th century, was dedicated to Margherita, the oldest daughter of the Duke of Savoy, Carlo Emanuele I. Each room of the house is dedicated to a member of the royal family. Entering this house is like plunging into the history of the Savoy dynasty.

For getting around, the staff at the hotel really know the region well and it is well worth spending a few minutes with them to get their recommendations on things to see, places to eat and vineyards to visit.

For dinner we made reservations at the Trattoria Marsupino and were not disappointed. We started with a bottle of prosecca (happened to be our anniversary!) and then I had to have the pasta with truffle. Our meals were enjoyed with a bottle of Barbaresco wine. Dessert was a very delicious licorice mouse.The restaurant has been in the family for four generations and they still have all four working in the restaurant, with the grandmother taking care of the till.