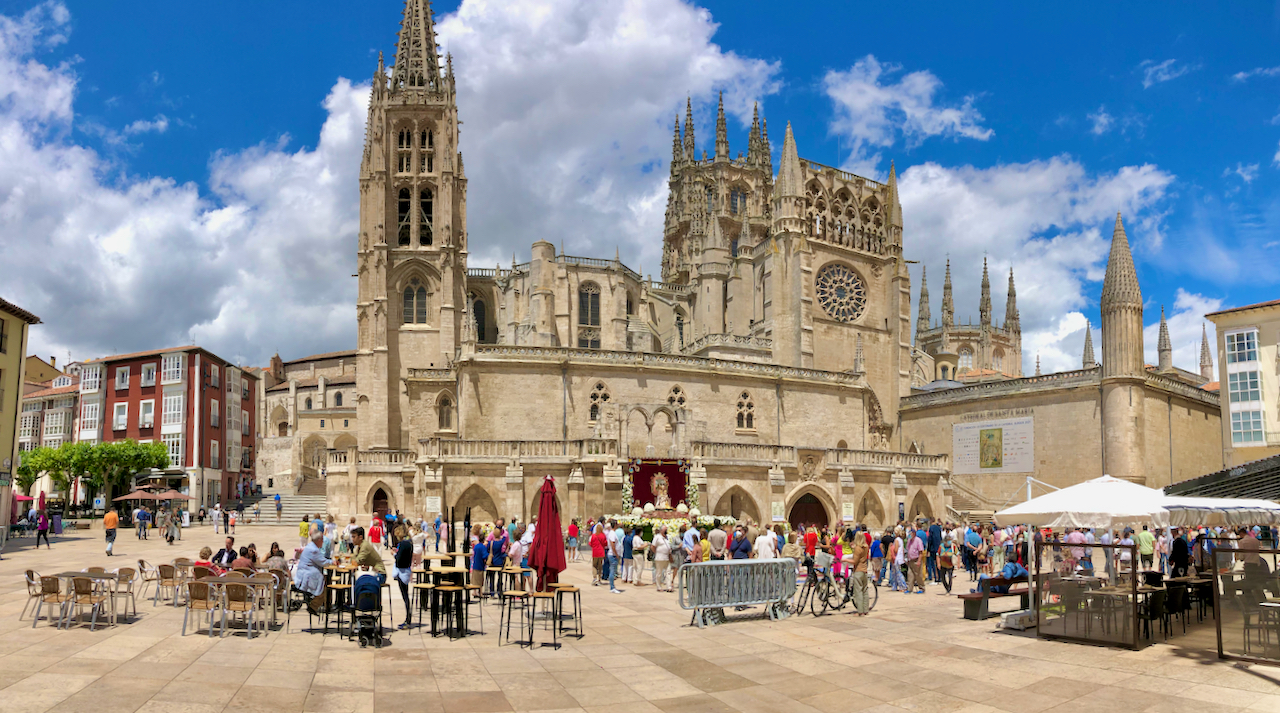 For the second time in two years we decided to drive up to northern France from Lisbon for our summer vacation, rather than fly. Covid is a primary reason as flying is rather complicated these days, but even more so we really enjoyed the drive last year and the places we visited along the way.

For the previous trip we drove straight through Portugal up into Spain and spent a few days exploring Costa Verde. This year we took a more direct route taking us through Salamanca and Burgos before reaching France. Our destination was Noirmoutier, an island on the Atlantic coast just below Bretagne, near Nantes.

On the way up our first stay was hidden in the mountains in the very quaint village of Aldeia de Montesinho in the north of Portugal, just above the city of Braganca, called . Nearly all the homes here are built of thick granite blocks, and most with slate roofs. We enjoyed walks around in the town and countryside, and as well into Braganca. No cafes or restaurants here so we cooked dinner at the small home in which we stayed and enjoyed a sunset drink afterwards on the backyard terrace.

The next morning we started north, passing through the cities of Salmanca and Valladolid and then to Burgos where we stopped for lunch. Burgos is a lovely city that we really enjoyed walking through and exploring, and lunch didn’t disappoint either. This route is quicker but the landscape can be rather boring (flat) from Salamanca to Burgos. It is much more scenic going north through Portugal and then following the Spanish coast (Costa Verde) into France.

Our second night was in the village of Espelette near the French coastal town of Bayonne. Espelette is famous for its chillies, which hang on the facades of the buildings through the village, to dry.

You can buy them dried, in sauces or with the many patés, foie gras or other aliments they sell in the numerous stores that line the streets of this small but quaint town.

We had brought our bikes with us and decided to explore a dedicated bike route that follows the Nive River into Bayonne. It’s a beautiful ride alongside the river banks, through vegetable fields and a few small villages. To get to the river from Espellete we followed an old country road through a lush green countryside.

The following day we drove north with a stop for lunch at the Bay of Arcachon, out to the point of Cap Ferret. This location is famous for its oysters, with tables set up on the docks jutting out over the waters of the bay. We enjoyed a lunch of oysters and dry white wine.

After lunch we continued on to Noirmoutier, arriving just in time to be able to take “Le Gois,” a 4.3 km land passage to the island that is only passable at low tide. And it was just in time as the tide was rising quickly on each sides of the narrow road.

We stayed in Noirmoutier for two months, with a break in between for a trip to Paris.

Our time in Noirmoutier was spent with friends and family members whom we hadn’t seen in many months, and in some cases, years, primarily because of covid. There were lots of smiles and laughs, along with plenty of good food and wine.

For the trip back Florence flew while I drove. My first stop was in San Sebastian with a quick stopover to Arcachon again, this time to the southern shore of the bay to the huge dune of Pilat. I was going to paddle out to the sandbar shown below, but it was a beautiful Sunday so the area was packed – half of Bordeaux must have been out there enjoying the weather and beaches. I did a quick tour with the drone and then continued on.

We had stopped in San Sebastian on our previous trip and really enjoyed it. So I booked a hotel room right on the waterfront of the bay so I could enjoy an early morning bike ride, paddle and swim before continuing on my journey.

The next night I stayed in Portugal at the Hotel Parador Santa Catarina in Mirando do Douro, which looks over the Douro River to Spain. A small town that still has its original city thick walls and the ruins of a castle, a fortress that once protected Portugal from Spain. The next morning I was up before sunrise to get down to the river and paddle the Douro. I’ve been wanting to do this for some time after seeing so many great pictures of the steep granite banks of the river. So steep that there are very few places where you can actually make it down to the river.

I paddled for about an hour and then on the way back I decided to take some video and pictures with the drone. It was a little harrowing as I had to launch and land from the paddle board. And the board is always moving as it’s on a river. So I had to bring it down to about head height in front of me, then float into it and grab it from underneath and quickly shut it down with the other hand. I’ve lost one drone to water, I didn’t want to lose another one.

I returned to the hotel for a late breakfast and then hit the road, arriving back in Lisbon in the late afternoon. Another successful trip!