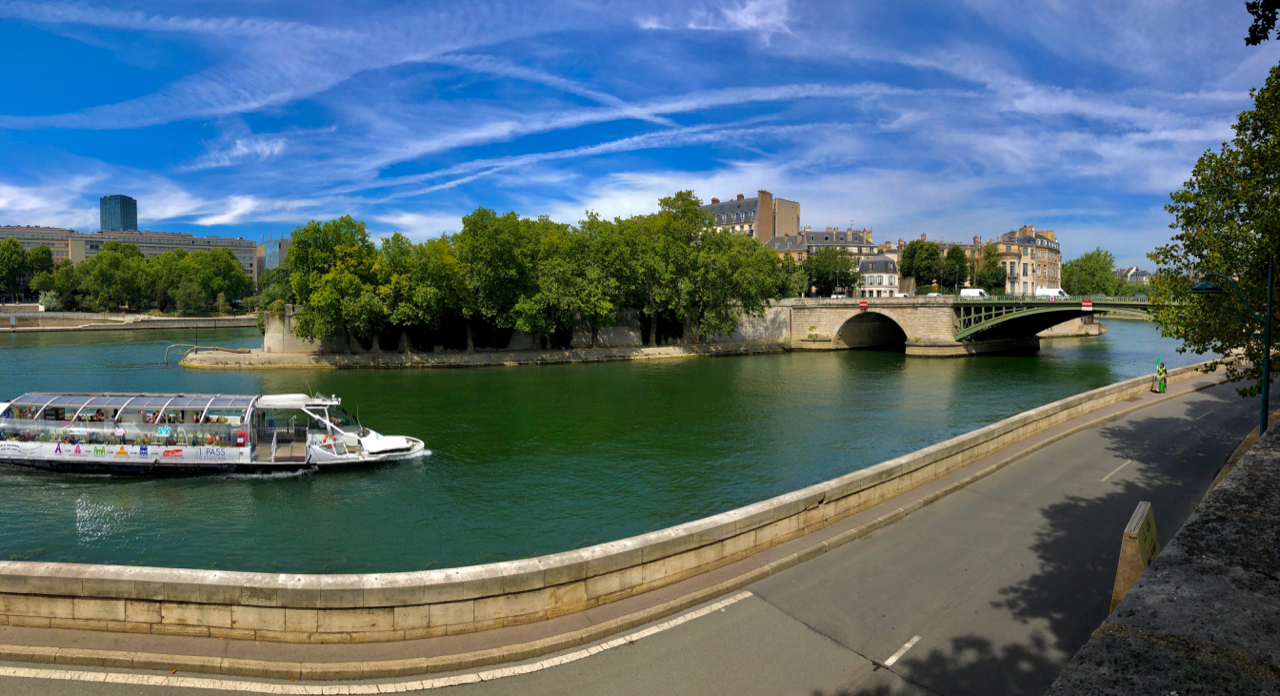 Mid-July we ventured into Paris to attend the wedding and enjoy the city when  Parisians are at the beach and the number of tourists is dramatically down because of Covid. We decided to spend the summer on the island of Noirmoutier and this trip helped break it up a bit.

We took a bus from Noirmoutier to Nantes and then a train into Paris. We are very much enjoying train over air travel which has just become so complicated during Covid. But there are so many other reasons why travel by train, (when possible), is a much better experience than flying. While traveling along at 300 km, enjoying the French countryside, these advantages came to mind:

It is unfortunate that this form of travel hardly exists in the Americas. Europe remains the best place for getting around by train, especially with its fast train network, ability to visit numerous countries within the European Union and relatively short distances between countries. For those interested in traveling by train, the website Seat61.com holds a wealth of knowledge, and is not limited to just Europe.

Paris is one of the world’s best cities for walking, but  biking has becoming increasingly popular as the number of designed bike lanes have increased, for both locals and tourists. The city bikes are decent, available in both regular and electric and can be found throughout the city. The city has made great strides when it comes to reducing car traffic and making bike traffic easier. They’ve been working on it for years but in bits and pieces. Finally it’s all coming together so you can travel much of the city while remaining on dedicated bike paths. On some roads bike lanes now dominate, such as rue de Rivoli where bikers now have 2/3rds of the road. We have a favorite routes, but also just enjoy meandering through the city, trying new paths and new parts of Paris. It really is a city that provides endless possibilities for discovering aspects Paris we never knew or were that familiar with.

Biking along the Seine is now possible without being terrorized by hurried Parisians in cars. Dedicated bike lanes, some situated right along the banks of the river now cover most of. The Bastille was always a bike-accident-waiting-to-happen but it has been completely redesigned with bike lanes leading up and around it from the banks of the Seine and following the Saint-Martin Canal. We now await the Place de la Concorde to catch up, along with the Champs Elysées and the Arc de Triomphe, as right now they remain hazardous to the well-being of bikers. Plans are in the works for these landmarks as Paris continues to make itself one of Europe’s most bike friendly cities. Some of these plans, and many others are available at ParisFutur.com. It is fascinating to see what Paris has planned for the future.

We visited the Samaritaine, which finally, after more than 15 years, has reopened its doors. The place looks amazing, (it should after the 1/2 billion spent on it). It was disappointing, however, to see that it has now become a department store primarily for high-end brands. But as the LVMH Group is now the owner, why are we surprised? They are still working on other buildings they own around the Samaritaine, which encompasses two blocks stretching from the Seine to rue de Rivoli and will include  a 5-star Cheval Blanc hotel, social housing, and offices, and of course, more shopping. UNIQLO, my favorite clothing store, will open up this fall.

We also enjoyed a long walk and picnic in the Vincennes Forest with good friends, lunch in historic Montmartre, and dinner at L’Entrecote, which has become a regular Paris dining experience for as long as we’ve been coming to Paris together (a long time).

And for the past few years Paris has turned its river banks in front of the Ile de la Cité into “Paris Plage” or a beach area with lounge chairs and beds, picnic tables, cafés, and play areas for the kids. It’s a lot of fun and a big hit with locals and tourists.