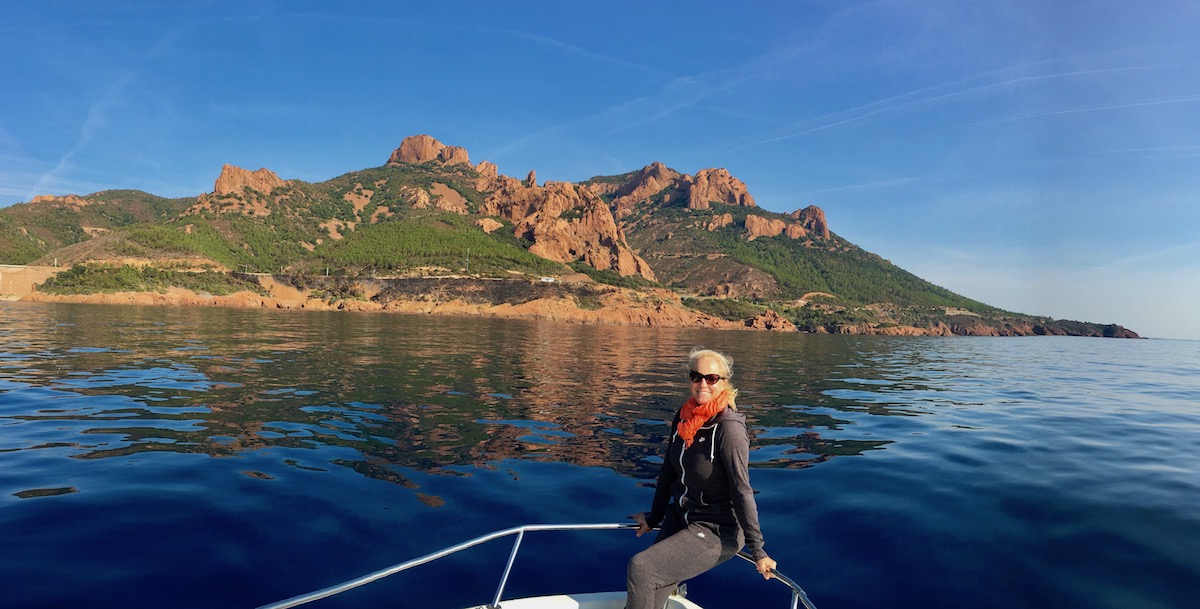 We drove down from Nice to Frejus last week and rented a small runabout to cruise westward towards Cannes, while visiting the incredible L’Esteral coastline along the way. This massive volcanic red rock mountain-line juts out of the coastline between Frejust and Cannes, creating numerous small coves to explore by boat. L’Esteral is a national park, well protected with numerous hiking trails on land.

L’Esteral is impressive, but even more impressive was that when we arrived in Cannes we noticed a large number of sailboats situated around the Cannes waterfront. It was then that we realized that the Panerai Classic Yachts Challenge was underway this weekend. For Friday, all 85 participating yachts started in Cannes, sailed in regatta formation over to the islands of St. Marguerite and St. Honorat in front of Cannes, tacked and then made their way to the mainland again at La Galere, before returning to Cannes.

The largest was Germania at 59 meters while the oldest was Bona Fide (1899), which took the gold medal in the 1900 Olympics. As it was a casual cruise for them, boats such as ours were allowed to get up close while they were under sail. Also there, although we couldn’t find there, were our friends Pat and Argie on the Manitou that they race regularly in this event.

We dropped anchor off the island of Marguerite and had lunch, while watching the parade of sailboats go by as they tacked right in front of us. We ran low on rosé, but then a small boat came by that was selling sandwiches, ice cream and such, and he had rosé for just 10 euros a bottle – delivered to our boat!